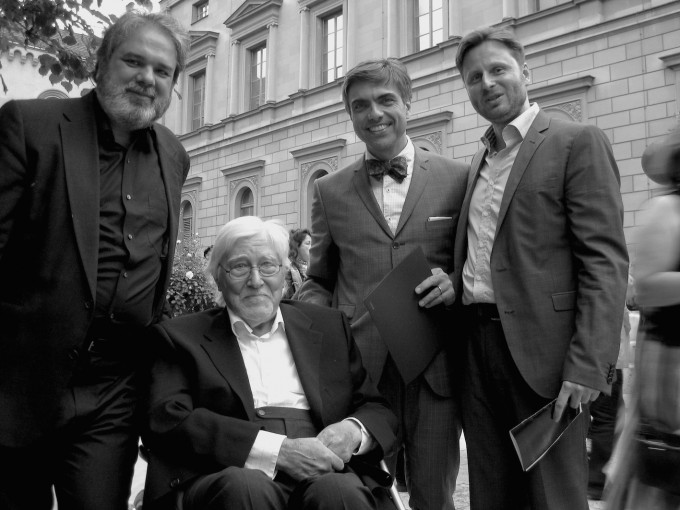 This concert was intended to mark the 90th birthday of German composer Wilhelm Killmayer. It was with great sadness that we heard the news that he had passed away on August 20, a day before his birthday. Yet we celebrate his work and its enduring legacy none-the-less!

Killmayer’s insidiously surreal yet incisive music is underappreciated everywhere. However, it does have some fierce advocates around the world, including Martin Arnold. Another is Killmayer’s former student, the remarkable Indian-German-Canadian composer, Sandeep Bhagwati. Since 2006 Bhagwati has held the Canada Research Chair in Inter-X Art Practice and Theory at Concordia University, Montréal.

A Co-production with Gallery 345