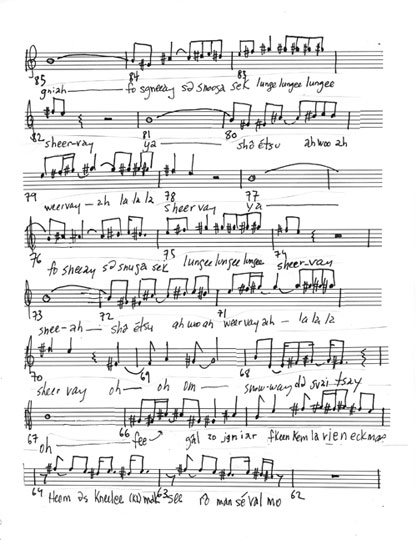 Juliana Pivato is an artist, improviser and one half of Private Robots (with Seb Roberts). Private Robots will be releasing their first album Poets, Barrio, TV in Fall 2018 with SQUINT _ _ _ _ _ _ PRESS.  Her Rat-drifting performance will present (together with other possibilities) various experiments run on popular songs.

Pivato has training in theatre and degrees in music and visual arts, obtaining her MFA in Studio (Sculpture) from School of the Art Institute of Chicago in 2009. Solo exhibitions include MacLaren Art Centre and Division Gallery along with group exhibitions in the USA, Japan and Italy. Juliana is the editor of Pictura: Essays on the Work of Roy Kiyooka which will be published as part of Guernica Editions’ Essential Writers Series in 2018. Since 2012, she has been a lecturer in the Department of Arts, Culture and Media at the University of Toronto Scarborough.